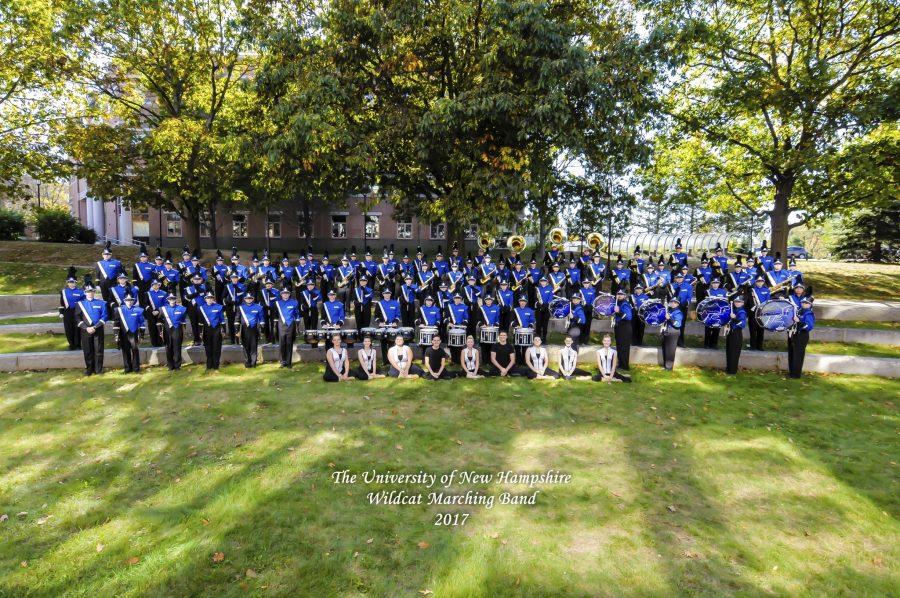 Despite time and effort invested into being a part of a music band at University of New Hampshire, band members still have to complete a fine and performing arts discovery.

The Wildcat Marching Band has six hours of rehearsal every week, in addition to the game days, parades, and band shows; all members are required to participate. Beast from the East Pep Band has lower time commitment, with three to four rehearsals each semester, and only a certain number of games (hockey, basketball, volleyball, and soccer) students sign up for.

Some band members think changes are in order.

“I’d definitely want them to change the policy; it’s just really unnecessary for someone who does performing arts every semester [to take] another 4-credit class on top of that,” senior environmental engineering major Nicola Elardo, the leader of the trombone section, said. “I took ‘Intro to Music’ my freshman year, but had I not had to take that, I probably would’ve taken a different discovery course just so I could get ahead in my course schedule.”

“Obviously, I’d want that changed, because it’s a [struggle] for all of us… in any of the musical ensembles,” crash cymbal player and sophomore physics major Nicholas Demers said. “If you did 4 different ensembles, that would kind of do it because it shows commitment to the art instead of taking some class you do not care about.”

“Changing them to 4 credits would not be feasible because of just the fact that people are usually taking the whole course load and doing the ensembles on top of that,” Goodwin said. “There have been discussions about ways to take 4 credits of ensembles and have that combination satisfy the requirement, but it would be a little bit more complicated to keep track of that.”

“I think they should make it so depending on the number of credits you take within an ensemble, that should count as a fine and performing arts,” Elardo said. “Discovery courses are all 4 credits each, so maybe 4 credits worth of ensembles I feel like would suffice enough.”

However, Elardo thinks that even an entire school year of band participation would suffice to satisfy the fine and performing arts requirement.

Secondly, there is a philosophical aspect of having discovery courses. Fine and performing arts discovery courses are not limited to the music department, allowing students to potentially explore new forms of art such as stage craft or puppetry.

“I just think it would be useful to take a different class, something else that I haven’t really dived into, instead of music,” Elardo said.

“There is a mentality for some that it should be more of an overarching exploration of music rather than a focused performing in the ensemble,” Goodwin said. “But on the other hand, discoveries are also about discovering the world, and what better way to learn about music than by making music?”

In addition, discovery courses are usually introductory courses, and being a member of an ensemble implies prior knowledge of playing an instrument. Given that, taking an intro to music course is an easier option for ensemble members, which is what many of them do.

“At least for band kinds, a lot of them would take basically [an easy by] music course that isn’t really doing much for them beyond satisfying the requirement, because it’s nice and easy,” Demers said.

“I feel like [band satisfying the requirement] would’ve saved me a lot of stress in finding fine and performing arts class,” Elardo said. “I did end up taking intro to music, which was kind of an easy by for me; it felt like a useless class because I’ve already surpassed the intro to music stage within my years of playing trombone.”

There has been a discussion of adding a work requirement if UNH were to allow ensemble participation to satisfy fine and performing arts discovery. For instance, writing a paper each semester, or attending a separate class for musical ensembles that would teach the members about specific pieces they are working on.

The discussion of the case is still in progress.