Mad about books: ‘The Summer Wives’ by Beatriz Williams 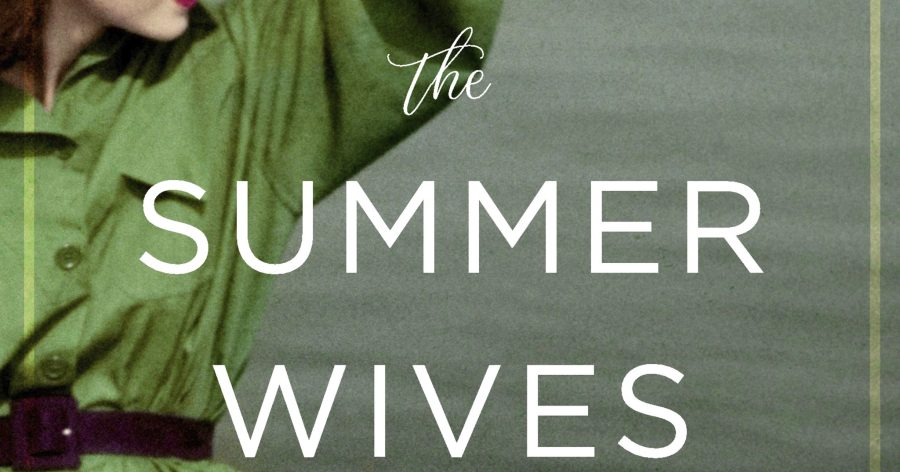 Set in the summer of 1951, “The Summer Wives” by Beatriz Williams tells the story of Miranda Schuyler, who spends her first summer on Winthrop Island after her mother marries an exceedingly wealthy man. Her mother and new stepfather, Hugh Fisher, go away on a honeymoon, leaving Miranda with her new stepsister, Isobel, who is loud, spontaneous and independent, and Isobel’s mother, who is refined, levelheaded and classically petty. Isobel shows Miranda the ropes of the island, taking her to parties, driving her around and taking a boat out to the lighthouse where her friend, Joseph Vargas, lives with his parents in a lighthouse across from the Fisher Estate.

While trying to adjust to her new life she is also trying to grieve the death of her father, who was killed during World War II. A few chapters skip forward to 1969 showing Miranda coming back to Winthrop a very different woman and seeing her new family in a different light. The first time the reader sees Miranda is when she is getting on a boat, and it’s obvious that she is trying to hide something. We learn that her husband, an English movie producer, was rather abusive and that she is leaving him. Not only is this a big deal because it’s the 1960s, but she has become one of the biggest movie stars in America and Europe. When she returns to the island it’s been 18 years since Miranda saw her family and the once vast Fisher Estate.

Not only do we follow Miranda’s story, but we also meet the residents of Winthrop Island who live there year-round, unlike the high society families that only come in the summer. The novel rewinds to the 1930s, but these chapters are narrated by Bianca Medeiro, who has grown up on Winthrop and has seen high society only from afar while her family tells her to get her head out of the clouds. These chapters were probably the most confusing part for me because Bianca is given no context in Miranda’s story, but I believe this works in Williams’ favor. I could hardly put the book down because I felt like I needed to know how she fits into the puzzle of Miranda’s life.

The characters were all well-rounded and dynamic, although the 1951 version of Miranda came off as overly innocent and timid, while the 1969 version of her was jaded but experienced. While these tended to come off as two-dimensional characteristics, remembering that this was the same character and gradually seeing what took her from innocence to experience breathes so much life into Miranda. We see the 1951 and 1969 versions of Isobel, but her character is more dynamic all throughout. The reader also sees Joseph a lot through the story and is shown as Isobel’s best friend and Miranda’s first love. When the reader sees Miranda return to the island in the 1960s, we learn that Joseph has just escaped from prison and that everyone on the island, both the summer elite and the year-round residents, has cut him out. The reader is given no hint of his crimes until much later in the book, which really drives the plot forward.

This is a great read for those who love a family drama, historical piece or mystery with a little romance thrown in for good measure. The need to fit all the pieces together – the summer Miranda spent on the island, why she is returning, where Bianca fits in – keeps the reader engaged and wanting to learn more.