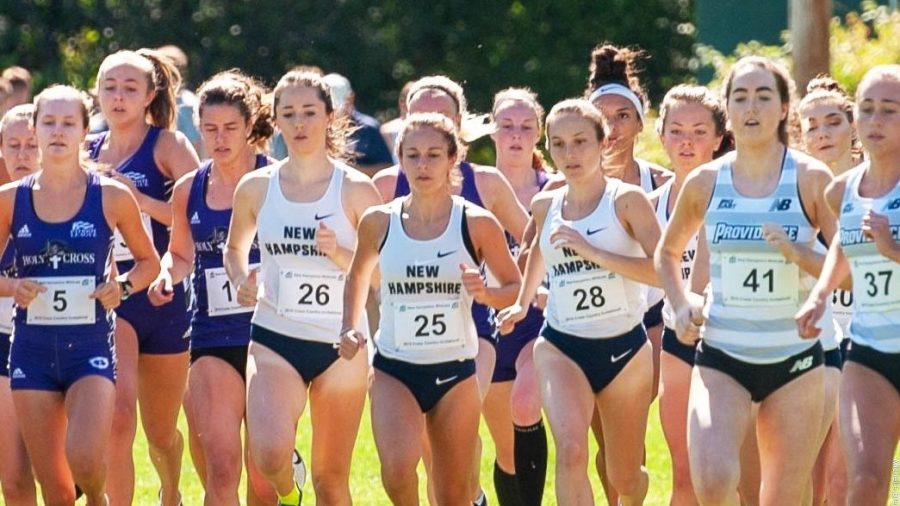 Syracuse won both the men’s and women’s races with a team score of 67 and 35 respectively. Harvard senior Kieran Tuntivate won the men’s race running 23:57.6.

The UNH men’s team was led by senior Nicolas Sevilla-Connelly and freshman Forest MacKenzie, their top finishers in the first two meets of the season. The seven-runner average for the men’s race was 25:40.0.

Sevilla-Connelly was the first finisher for the Wildcats for the second time this season, capturing 40th overall with a time of 25:10.2, beating his previous best time in the 8K by 33 seconds. MacKenzie finished second for the Wildcats at 54th overall, finishing close behind at 25:20.5 enough to beat his 8K time at the UMaine meet by 23 seconds. It was MacKenzie’s second race and 8K of his career.

Junior James Wilkes placed third on the team and 72nd overall with a time of 25:36.7 which is also his personal best. Junior Samuel Lanternier took 100th overall and fourth on the team running 26:03.1. The Wildcats’ men’s scoring was capped off with junior Aidan Sullivan finishing 109th overall with a time of 26:13.0, senior Nicolas Brown finishing close behind in 118th overall at 26:18.7, and senior Alexander Saveliev finishing at 26:48.0, taking 138th overall.

Head coach Jim Boulanger said before the meet that he wanted to see where his team is at since they would be running against nationally ranked teams like Syracuse, Arkansas and Washington.

Junior Elisabeth Danis got place third on the team and 63rd overall, running 18:36.1, just a second off the time she ran in the first meet of the season.

Senior Madison Quigley finished fourth for the Wildcats and came in 76th overall running 18:48.5. Right behind her and rounding out the scoring for UNH was junior Caroline Mahoney at 80th overall coming in at 18:50.9, sophomore Nicole Yeomans running 18:52.0, taking home 82nd place, and junior Cayla Barretto running 19:08.0 and placing 99th overall. The seven-runner average for the women’s race was 18:36.

The Wildcats will be back in action Saturday, October 5th for the Paul Short Invitational in Bethlehem, Pennsylvania.