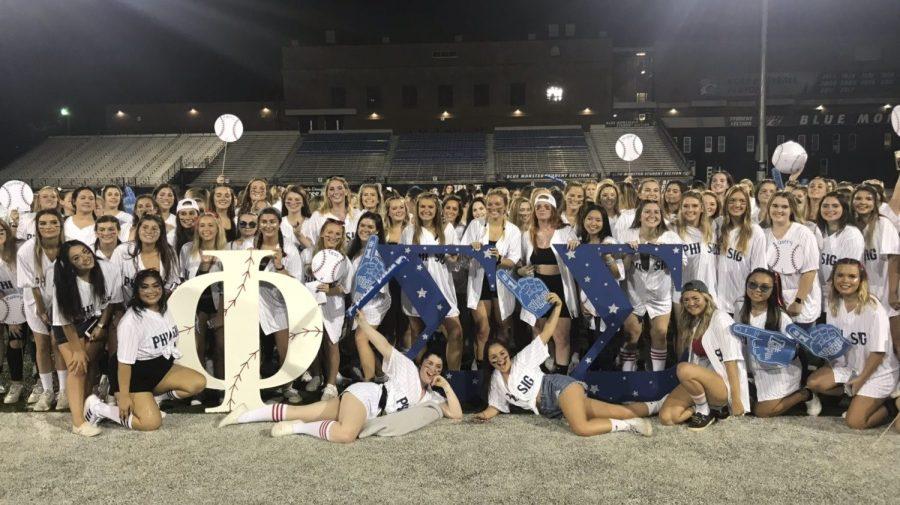 Members of Fraternity and Sorority Life (FSL) are faced with judgement constantly by non-members, and the resulting perspectives can be positive or primarily negative.

When asked how she perceived FSL, sophomore communication major Anne Rose, who is not a member of FSL, had a very strong negative opinion about it. She mentioned that all she ever hears about is “drinking, hazing, people dying, [and] lots of things that just should not happen.”

Rose said she gets this perception from seeing stories on the news and hearing about it through friends.

Another non-FSL student, sophomore environmental conservation major Jillian Robinson, had a different take on the idea of fraternities and sororities.

“In high school, all I knew was that they party,” she said. “But I met someone [through Trash2Treasure] who’s in an agricultural sorority [Sigma Alpha], and found out [FSL] isn’t just for drinking and partying, it’s about career building.”

Not every sorority or fraternity holds the same values, but many FSL members don’t want the negative stereotypes to reflect what its organizations’ mission really is.

Isabel Beaulieu, a sophomore statistics major and second-semester member of Phi Sigma Sigma, has a lot to say about clearing up the negative stigma surrounding FSL.

“[When I first joined], people would ask me ‘Why would you do that?’ or ‘You don’t seem like one of those girls’,” Beaulieu said. “[And] I understand, because I always thought, ‘ugh, I’m not one of those girls,’ but [once you join] you build great relationships and do a lot of great things.”

Some of those “great things” include philanthropy, community service, campus involvement, and more. Phi Sigma Sigma’s close partnership with the Sexual Harassment and Rape Prevention Program (SHARPP), and the mandatory community service hours that members are required to do each semester, serve as examples of its attempts to give back.

“I like that it gives me more opportunity to participate in community service opportunities I wouldn’t otherwise know about,” Beaulieu said. Additional requirements of membership to Phi Sigma Sigma are a minimum GPA of 2.5 and mandatory involvement in at least two other organizations on campus (or one organization and a job).

“[These requirements] make you more involved in the community,” Beaulieu said. “[I] take things from the other club and apply it to Phi Sig, or vice versa.”

Phi Sigma Sigma also gives opportunities that aid its members after college, such as resume builders and ways to be relatable to future employers. Girls have an opportunity to apply for the executive board, with positions ranging from president to being in charge of social media.

“It’s [also] good for networking and relatability,” Beaulieu said. “It can give you a leg-up in an interview.”

“[There’s] a bit of a stigma around Greek life [at UNH],” he said via text. “People sometimes see partying and lose sight of all the great things we do within community service, philanthropy, etc.”

Although Coveney sees all the benefits of FSL now, he admits that he once felt negatively about it, too.

“Before I joined, I had no idea what FSL did outside their [houses], I thought it was kinda stupid… but that [mindset] changed once I joined,” Coveney said.

“[I] joined wanting to be busy, meet people and get involved outside my classes,” he said. “[I ended up studying] harder for my classes, [getting] a bigger social circle, [strengthening] my communication skills, and [learning] time management!”

When asked how she would try and de-stigmatize FSL, Beaulieu mentioned the public events Phi Sigma Sigma puts on for philanthropy, such as “Laxin’ for JoJo” or “Kicks for Kids.” Beaulieu also discloses that FSL is using new terminology, such as “FSL” instead of “Greek life” or “going through recruitment” instead of “rushing.”