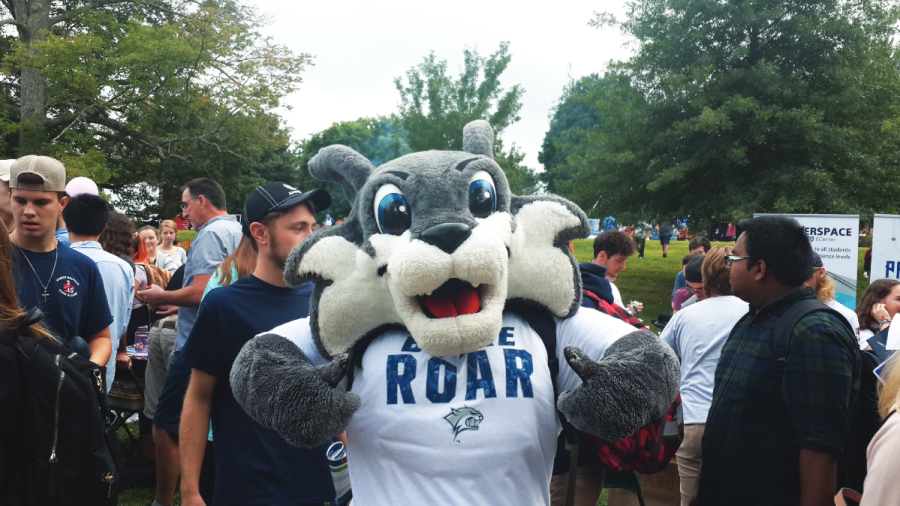 The University of New Hampshire (UNH) on Tuesday invited members of Durham, Lee and Madbury, to celebrate the beginning of the new academic year with U-Day — a student activities fair and outdoor picnic that featured almost 300 tables that showcased clubs and resources on campus.

If students were anywhere near Thompson Hall or even the library, it was almost impossible to study, due to distractions of loud music, an interactive firefighting activity, a rock wall and free food consisting of hamburgers, hot dogs and veggie wraps, that were provided by UNH dining.

Megan Brunelle, the Assistant Director of Engagement at the Elliott Alumni Center, was responsible for managing the event.

“Clubs registered for tables about six months ago… the entire event took around three months to organize,” Brunelle said.

From last year, numbers have been consistent, with approximately the same number of tables and about 10,000 attendees, mostly students. However, Brunelle emphasized the importance of the event to showcase UNH and to let new students find ways to participate in the community.

A number of clubs primarily took advantage of the event to recruit new members and sponsor upcoming events. The New Hampshire Youth Movement, a group in favor of the Green New Deal and active in the fight against climate change, garnered over 30 signups in the first hour. Notably, the group used the event to leverage an upcoming climate strike to be held on Friday, Sept. 20 at 11 a.m. at Murkland Hall.

Another group, the Young Democratic Socialists of America, tried to encourage students to pursue socialism and social action on campus on campus. The group is currently attempting to form a student union to negotiate against student debt.

Young Democratic Socialists of America’s Michael McClellan admitted that “we’re a small group… but we’re always looking for more people to join,” gesturing to a collection of pins and literature scattered across the table.

“Like all the groups,” McClellan said, “we’re here to spread our message and get new people.”