The return of rock: “Anthem of the Peaceful Army” by Greta Van Fleet 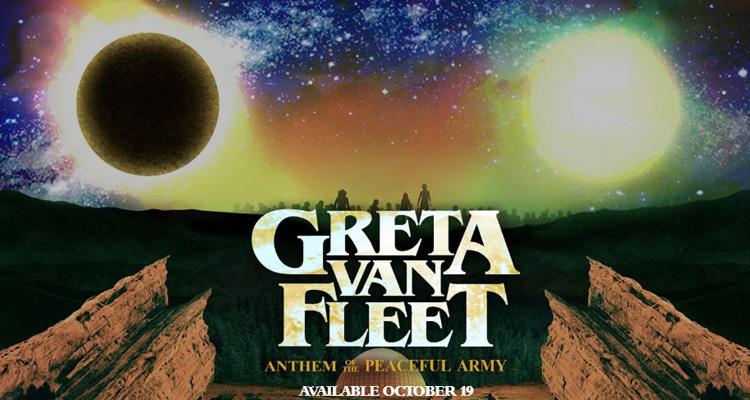 I’ve read a few online reviews of Greta Van Fleet’s “Anthem of the Peaceful Army” that concern their likeness to Led Zeppelin. The writers rave about lead singer Josh Kiszka’s soaring vocals and how he tugs on our soft spot for rock. Awe-inspiring, how the band powers through songs at unrivaled pace and volume. We haven’t seen this in decades.
So why do the reviews sound bitter?
I saw Greta Van Fleet live at the House of Blues Boston this summer with a couple of friends. We hung out around Fenway then hopped in line at the House of Blues, knowing we’d probably miss the opening act. That was fine; we were only interested in hearing what may well be a Zeppelin reincarnate. We just wanted loud music.
At the House of Blues, my friends and I found our spot in the middle of the floor and then I left to use the bathroom before the show. Greta Van Fleet started while I was away, but I could hear fine. They were so loud the place shook. That was a cool feeling. I rushed in and headed down the ramp but needed to push through the crowd to get back to my friends. Most people were doing the same thing. You buy a floor ticket, you kind of expect that. But this one older guy lost his mind when I tried to maneuver through, told me in a mix of swears and beer breath how unhappy (not the word he used) he was that I’d tried to do it.
I told him I wasn’t trying to start anything, but I didn’t move. He was on my left. A few minutes passed, and more people squeezed by me on the right. This guy wouldn’t let go of it –he kept asking me why I was letting everyone through, yelling this in my ear. Meanwhile Greta Van Fleet, a flower band, was jamming not 20 feet away.
The music was dominating, commanding, but also peaceful and nice.
So why was this guy so ticked off?
I’ve thought a lot about why older people, for want of a better term, are being so protective of rock music. It’s like a cult you need special permission to join, that permission given only if you have a birth date before the year of 1985.“You kids don’t deserve this!” seems to be the consensus. Why?
When I think about it too much, I find it better to just listen to the band work.
Kiszka tears through the chorus in title track “Age of Man” with the same ferocity he had in GVF’s first EP, “Through the Fires.”He sounds like Robert Plant most on this one, but even at its most Zeppelin-like state, GVF just moves in a different way.
“Age of Man” and the next four,“The Cold Wind,” “When the Curtain Falls,” “Watching Over”and “Lover Leaver,” make up the loudest first side of an LP I’ve heard in years.The best of the second half include “Mountain of the Sun”and “Anthem,”the latter of which is one of GVF’s first knocks at acoustic on a studio album.They nailed it.
I get the comparisons and I understand the want (need) for more rock and roll, but it doesn’t need protection.I can tell you with compelling certainty that our generation isn’t going to screw it up because our generation MADE the damn thing.
Maybe the concern has to do with GVF outright copying Zeppelin’s sound. It doesn’t mean we deny these barely-of-age guys the right to grow into their bite. They put together an album they would listen to, a concern that so few artists have these days. Let them work. They’ve earned this right