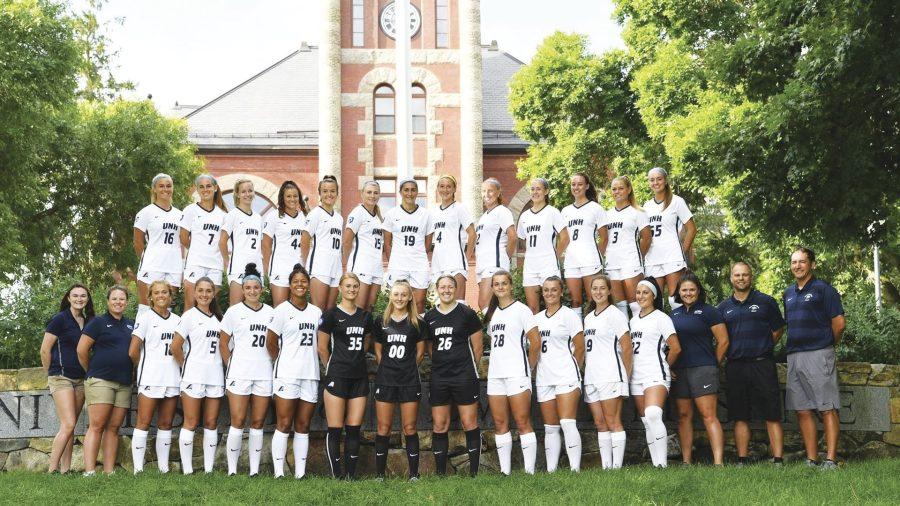 During the preparation for the season, the training sessions have had familiar faces leading them in senior captain Caitlyn Keenan and senior star forward Ally Reynolds.

Both Keenan and Reynolds are serving their final years of eligibility in Durham, and their leadership on and off the field will be key to jolt their team to success.

Reynolds led the wildcats in goals (4) and points (9), despite being fourth in shots taken, and she projects to be in the same scoring situations this season. Keenan posted a respectable 860 minutes played considering she missed a third of the season with injury, and she always is a vital part of the leadership pie in the locker room.

First year goalie Bethany Dunk, midfielder Whitney Wiley, midfielder Shayna Salis, backer Bethany Bussey, and midfielder Rachel Hollywood are all looking to earn a role in crowded position battles. All have the ability to play different positions, so position flexibility could help them some see time on the pitch this season, and it could give coach Steve Welham an incentive to play his incoming athletes.

As soon as coach Welham set foot on campus in 2014, UNH’s women’s soccer program has been a perennial powerhouse in the America East Conference.

Welham set the bar high in his first year, as he guided his team to a #3 seed in the America East tournament and went on to win the championship behind some nail-biting finishes.

Since his first-year magic, Welham has guided his squad to multiple top-five finishes in the America East and looks to do the same this season.

Also, under the leadership of Welham, UNH’s women’s soccer has had seven America East All-Academic selections from his squad, and in 2014 the wildcats had a 3.51 accumulative GPA, which was the best in the America East conference among all men’s and women’s soccer programs. Along with quality play on the field, Welham is looking to keep his team’s immaculate academic record in tact in 2019.

The last five years for UNH women’s soccer have been filled with success, but the end of 2018 has been their lowest moment yet under Welham, and they will look to use that ending as fuel in 2019.

Ending the short dry spell might be harder than anticipated though, as Welham is tasked with replacing his former America East goalkeeper of the year, Mia Neas. He has brought three netkeepers into the 2019 season: junior Cam Droste, sophomore Cat Sheppard, and first-year Bethany Dunk. Dunk is the only one without in-game experience so it will be interesting to see how the situation plays out.

Despite the goalkeeping situation, losing four out of their last five games down the stretch in the 2018 regular season, and then losing to the eventual champion Albany in the conference tournament, the wildcats a renewed outlook on the 2019 season and a real ability to compete because of the experience they have gained.