Co-men’s soccer players of the year

Last year the UNH Men’s soccer team had an impressive season under coach Marc Hubbard, finishing 12-4-2 while winning the America East Conference Championship. Upon winning the conference tournament, UNH was given an automatic bid into the 2018 NCAA Tournament. They matched up with Colgate in the first round and lost 1-0, bringing their season to an end. However, a team doesn’t have that much success without multiple players leading the way.

Colacci, a junior at UNH, led the team in points (13) and was tied for the team lead in goals (5) and assists (3). It takes an offensive leader for any team to have success, yet even with one player leading in most offensive categories, the Wildcat’s offense led a fairly balanced attack. Linus Fallberg (11), Josh Bauer (10) and Jack Doherty (10) all totaled double-digit points last season as well. The good news for the Wildcats is that those four players will be returning as they’re all underclassmen. 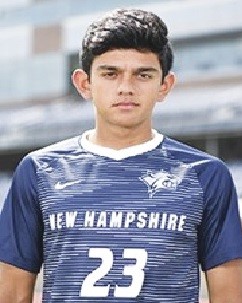 Bauer, as mentioned above, is one of those underclassmen that will be returning. As Colacci led the team on the offensive side of the ball, Bauer led the team on the defensive side. Not only did he lead the team, but he led the entire ECAC as the sophomore was the ECAC Defensive Player of the Year. Unfortunately, Bauer became the focal point of the team’s demise, missing a penalty kick in the first round of the NCAA Tournament. Bauer is a critical part of this team, however, and trusting him as a defensive player in that position says a lot about what he means to UNH’s team. With Bauer’s defensive stardom and impressive offensive output, he is most likely coming back as the team’s best player. Look for him to be a leader and play an even more central role than last season.

It’s a little early to tell who the common starters will be, but you can guarantee, Colacci, Fallberg, Bauer, and Doherty will be among them. How far will they take the 2019 Wildcats? We’ll have to wait and see. 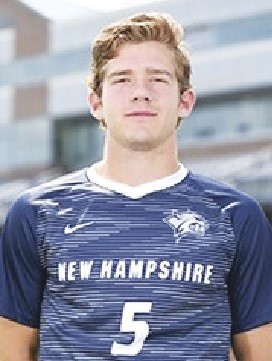