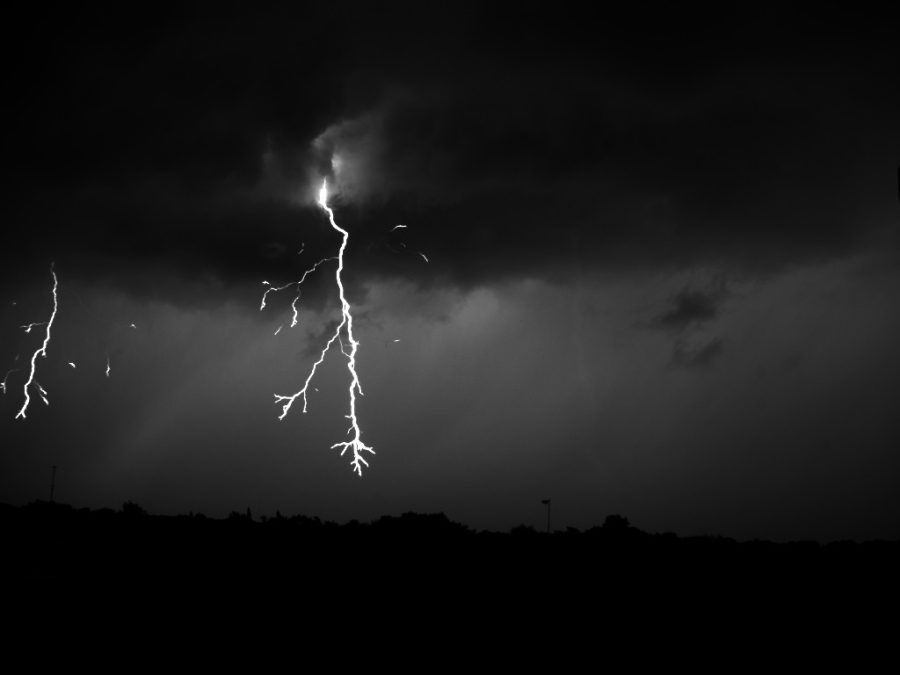 Lightning is on the radio. More specifically, lightning makes the radio, or radio waves, each time it forms in response to electrical charges of atoms in the atmosphere and wanting to connect areas of positively charged and negatively charged atoms.

While scientists understand why it forms, how it forms is a different story.

Julia Tilles, a doctoral candidate in the College of Engineering and Physical Sciences, has determined one portion of the lightning formation puzzle using radio science. Earlier this month, Tilles and her fellow collaborators published a paper in the scientific journal Nature Communications describing a “fast negative breakdown.”

“If [this channel] grows…in the direction of the electricity flow, it’s called fast positive breakdown. If it’s in the opposite direction, it’s called fast negative breakdown,” Ningyu Liu, Tilles’ advisor and an author on the paper, said. Liu is also an associate professor in the Department of Physics and Astronomy and part of the Space Science Center.

Tilles and Liu discovered fast positive breakdown through radio science. Studying lightning formation poses a challenge: actually seeing the lightning. Lightning comes from within clouds, which block light and any cameras that want to photograph lightning—just like clouds blocking the sun.

Instead, since lightning produces radio waves at different frequencies, Tilles used an instrument called an interferometer to measure the radio waves. Lightning has a short lifespan, so the interferometer’s three antennas collected radio signals “every 5.5 nanoseconds,” Tilles said. The signals then show what lightning looks like.

Tilles studied lightning formation in Florida, where she worked on the base of the Kennedy Space Center, battling insects and Florida humidity in August of 2016. The Kennedy Space Center is part of the National Aeronautics and Space Administration (NASA). While NASA is best known for its space research, it also conducts extensive research on lightning. Two authors on the paper are actually part of NASA.

One of the other authors is from New Mexico Institute of Mining and Technology (New Mexico Tech), where Tilles completed her Master’s in Physics. New Mexico Tech provided the interferometer.

Why Florida thunderstorms differ is still unknown, although the answer may lie in how geography influences thunderstorm creation—the mountains of New Mexico affect clouds differently than the flat wetlands of Florida.

After an August 2016 storm, Tilles and Liu noticed that the lightning initiation they were studying had negative charges.

Discovering fast negative breakdown suggests that “we still have a lot to learn about lightning in the thunderstorm,” according to Liu.

“The thunderclouds are just so much more complex…looking at dielectric breakdown [channel creation] in the lab, we’re not recreating the same situation as in a thundercloud.” Tilles said. This discovery “makes the case for getting better observations of lightning or things happening inside…it’s not obvious what’s going on in there anymore.”