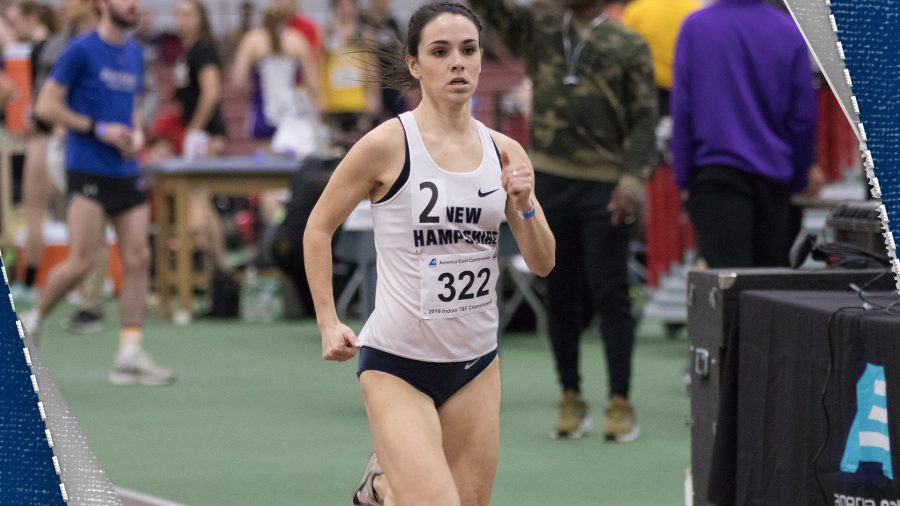 UNH men’s and women’s track kicked off their outdoor schedule this past weekend at NC State at the Raleigh Relays.

The men’s team had a strong showing from their throwers in the first weekend of action, led by senior Jon Chapman. Chapman placed ninth in the hammer throw, throwing a distance of 184’ 1”. Other Wildcats who competed in the hammer throw included senior Eric Brogioli placing 11th and obtaining a new personal record of 182’ 8”; junior Edward Speidel finished in 13th with a final distance of 177’ 4”, which is also a personal best. Senior Duncan Holland threw 163’ and finished 22nd in this event as well.

Standout from the indoor season, junior Zachary Astle, took tenth place in the shot put this weekend, throwing a distance of 53’ 7.75”. The thrower competed in the discus as well, but only threw well enough to place 32nd with a distance of 136’ 6”.

Moving over to the track, senior William Ulrich took home 20th place in the 1500-meter in his first action of the spring. Ulrich finished his run in 3:49.61, falling just short of his personal best of 3:47.36.

Junior Nicolas Sevilla-Connelly ran in the 3000-meter steeple chase over the weekend, finishing in 39th place, and running in 9:19.65.

The women’s team had five athletes compete at NC State, headlined by junior Alyssa Colbert. Colbert participated in the javelin and the discus, finishing 14th and 20th respectively. She threw 129’ in the javelin, and 142’ 5” in the discus which is a new personal best for the junior.

Other throwers from the weekend included junior Natalie Howes, finishing 19th in the javelin, throwing 123’ 9”. First-year athlete Sara Williams, who excelled late in the indoor season, threw 38’ 2.75” in the shot put, good enough for 34th place.

On the track, fifth-year runner Danielle Gajewski ran 4:33.95 in the 1500, giving her a 50th place finish. Senior Shannon Murdock ran just four seconds slower than her teammate but finished in 77th place.

Up next for the ‘Cats, the team will travel to the Colonial Relays in Williamsburg, Virginia on April 5, and their first home meet of the season will be at 11:00 a.m. on April 6, as the team will host Holy Cross and Maine.