‘The Dirt’ is a disgusting, captivating and honest look at 80’s rock 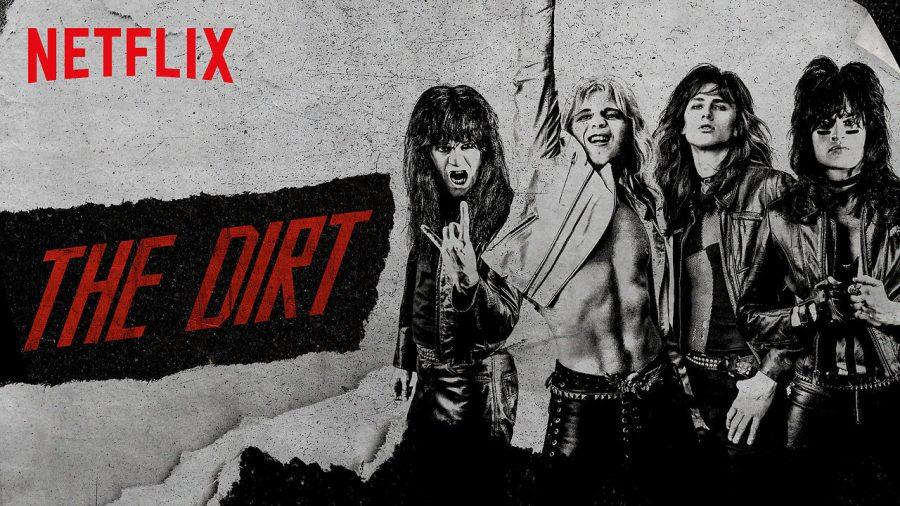 “The Dirt” is not a movie to watch lightly. This is a high-octane, male-gaze-driven autobiography of the 80s hair metal pseudo-satanic rock band Mötley Crüe. The Netflix movie is fully endorsed by all the living members of the band, and after watching the film you’ll see just how much of an accomplishment that is for such a debaucherous group. They should all be dead; the sheer number of drugs and alcohol content in their bodies would sedate a hippopotamus.

There are the familiar tropes of band biographies that show up, as well as some new instances. There’s the backstory, the rise, the fall, the overdose, the rehab, the break-up and then the comeback. There is not a single dull moment in the film, but I cannot advocate for anyone to watch the movie. I would read the book, which is probably even filthier, if you want to do that to your brain. There are moments where you start to wonder why you’re still watching and then you realize it’s because the movie is so captivating. It’s hard to fathom that this is probably a sanitized version of the reality that this band experienced during their height of fame.

If “Bohemian Rhapsody” was the Apollonian example of the musical bio-pic, then “The Dirt” is definitely the Dionysian. There’s also, if you can look past that gratuitous sex and clear objectification of women, a sincere story of friendship and family between Tommy Lee (Machine Gun Kelly), Nikki Sixx (Douglass Booth), Vince Neil (Daniel Webber) and Mick Mars (Iwan Rheon). Iwan Rheon is more notably known as Ramsey Bolton in the “Game of Thrones” series on HBO. Oddly enough, his portrayal of Mötley Crüe’s guitarist is a far removal from his sadistic character on that show and is the most subdued and level-headed member of the band.

One saving grace for “The Dirt” is its sincerity. They do not pretend to be good people. Nothing is sugar-coated or white-washed. This film shows a human depravity and narcissism that most – if it were about them – would shield from the world. These rock and roll monsters are truly on a crash course of destruction, but wind up surviving, and saving each other, in the end. Each member, either emotionally or physically damaged in some sense, except for Tommy Lee who seems to have had a “Leave It To Beaver”-esque upbringing, find their second family within the group. They are outcasts that are given the keys to the city – and to the liquor cabinet.

To signify how insane their actions are, all one needs to do is examine the scene in which Ozzy Osbourne appears. In this historic, although possibly apocryphal meeting, Mötley Crüe and Ozzy are at a swimming pool at a hotel that they are staying at on their tour. These next few sentences are gross, and I would stop reading if you want to sleep or eat in the next few hours. The Prince of Darkness precedes to warn the band about the dangers of excessive consumption and snorts a line of fire ants. That’s not an ol’ fashioned slang word. These are actual fire ants. He then pees on the ground and proceeds to drink his own urine. This isn’t even the most outrageous scene or sequence of events in the movie. Mötley Crüe always up the ante. It’s now safe to continue reading.

The film shows how power corrupts and absolute power corrupts absolutely. This is a rock band when that genre still dominated the airwaves, even if rock was starting to take a backseat to new wave and other forms of commercial pop. With that said, I don’t believe I can recommend this movie except as a sad and accurate portrayal of how a glam metal band in the eighties lived their tempestuous lives.  If you do stream this movie you will not be able to look away. The acting is great, and the production is solid. The subject matter will most likely make you “Shout at the Devil.”