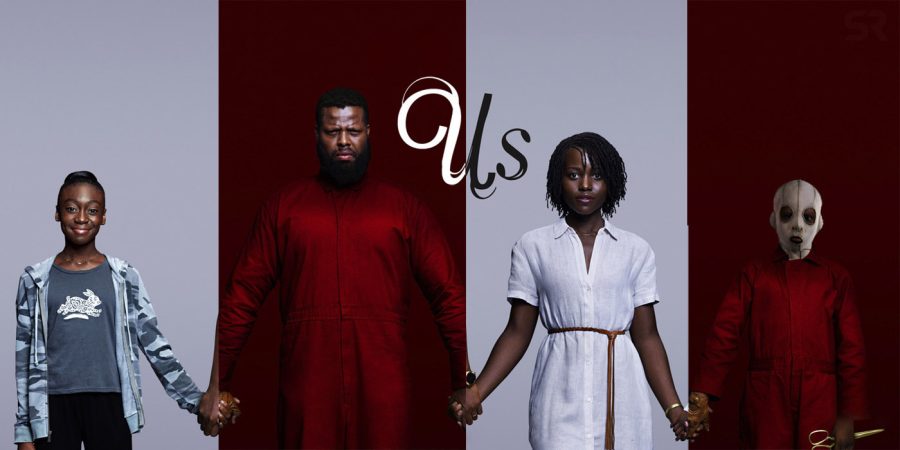 Many film directors suffer from the “second movie syndrome:” when a director’s first film blows up the box office, but the next picture turns out to be a complete flop.

Jordan Peele, however, turned out to be immune.

After winning an Academy Award for Best Original Screenplay for his first movie Get Out (2017), Peele has written and directed “Us,” a horror film that grossed $71,117,625 at the box office on the opening weekend, which many horror fans deem the salvation of the genre.

It would seem impossible for Peele to top “Get Out,” a suspenseful horror about a young black man trapped in the white people’s mansion for reasons, to put it spoiler-free, truly horrifying. The good thing is that Peele was not trying to make a film better than “Get Out;” he was making a completely different movie.

While “Get Out” later was criticized for genre ambiguity – it’s actually closer to a thriller than a traditional horror with obvious social commentary sprinkled on top – “Us,” undoubtedly, is a horror film, with everything that makes the horror genre scary.

A mind-blowing twist in the end? Double check.

“Get Out” can only be called horror due to its incredibly well-crafted ever-present suspense; the audience, just like the main character, never knows what is actually happening. In “Us,” Peele abstains from hiding the obvious in favor of the aforementioned mind-blowing twist.

The narrative, seasoned with outstanding acting and small details one is bound to miss on the first viewing, seems simplistic – but the Peele makes sure it has enough layers to peel back for days after watching it.

As a little girl, Adelaide (Lupita Nyong’o) wonders away from her parents in an amusement park. As she is exploring the beach, she enters a maze of mirrors, and, to her terror, discovers that one of her reflections is facing away from her. She escapes the maze, traumatized, unable to speak and suffering from PTSD. Years later, Adelaide returns to the area for a summer vacation with her husband Gabe (Winston Duke), their teenage daughter Zora (Shahadi Wright Joseph), and their son Jason (Evan Alex). Although the heroine is filled with anxiety, everything goes well… until a family, looking exactly like Adelaide’s family, shows up in their driveway, dressed in red bodysuits and carrying brass scissors. “This is us!” Jason announces in terror, and so the fight against the doppelgängers begins.

The ultimate fear “Us” employs is the fear of the self and the duality of men. To put it in simpler horror movie terms, the real monsters are people. The monster was coming from within yourself – until Peele subverts the genre conventions, and now the monster, which is (metaphorically) yourself is on the outside, armed with brass scissors and ready to take your place.

Although the social commentary and the moral of the narrative are more concealed than in “Get Out,” the film still raises many deep themes, subtexts, and dilemmas. What is humane, and what is human? What makes oneself a self? Where do the boundaries of individuality lie? These, and many more questions, most left unanswered, Peele raises in “Us”.

Regardless of how you feel about horror as a genre, “Us” is definitely worth watching. Yes, it will make you flinch and jump. But more importantly, it will provide food for thought and discussion for days.