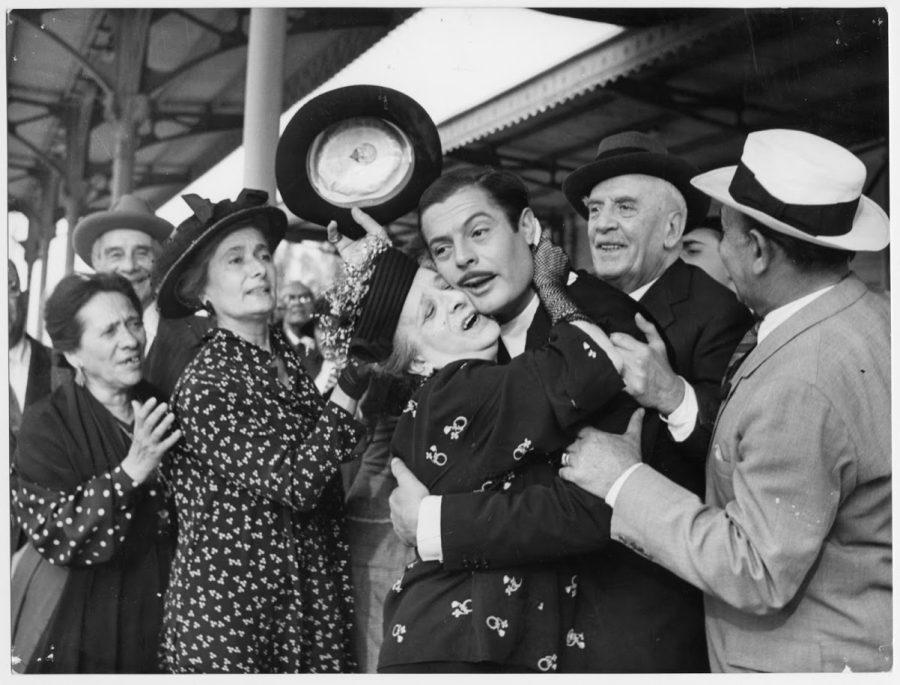 The University of New Hampshire (UNH), in collaboration with Fondazione Cineteca di Bologna, brought the touring festival of rare and restored films “Il Cinema Ritrovato,” to the Durham campus and The Music Hall in Portsmouth.

With a total of eight screenings shown from Tuesday, March 19 to Sunday, March 24, the festival attracted about 750 students and community members alike to join in a shared appreciation for the art of film.

Cineteca di Bologna, located in Via Riva di Reno Bologna, Italy is a multifaceted international institution comprised of archives, libraries, exhibitions, workshops, cinemas and offices which work to recover films from the past and discover their connections with the present.

Il Cinema Ritrovato is a celebration of film presented by Cineteca di Bologna where more than 500 titles are presented in Bologna, providing an opportunity to travel in time with the presentation of restored films, early silent cinema and director portraits from films all around the world. Last year’s festival featured guest of honor in American director Martin Scorsese, a strong supporter of film restoration and world cinema heritage.

Amy Boylan, associate professor of Italian Studies, and Nicole Gercke, a lecturer in Italian Studies in the Department of Classics, Humanities and Italian Studies both had the unique opportunity to travel to Bologna and attend the festival last June, an experience that cultivated the creative collaboration between UNH and Guy Borlée, the coordinator of the Cinema Ritrovato.

“We wanted to include a range of time periods, from silent films made at the very beginning of the 20th century to films from the ‘40s, ‘50s, ‘60s and ‘70s; a range of genres, including comedies, horror, melodrama and suspense; and a mix of both restored classics and lesser-known ‘rediscovered’ films, as the title of the festival suggests,” Gercke said. “We were also committed to featuring not only Italian films, but also films from other countries – in this edition, from Mexico, China and Senegal – in keeping with the spirit of the Cinema Ritrovato, which showcases films from around the world.”

“It felt like the whole theater was riveted by the emotion on screen,” Boylan said. “A lot of students told us that they had never seen a silent film before.”

Alongside the film showings, two public lectures were also offered as an opportunity to learn more. “Discovering the Cinema Ritrovato Festival” by Borleé gave an insider’s look into the business of organizing the Cinema Ritrovato Festival, while NYU’s Dr. Joseph Perna, who specialized in Italian Studies, presented “Antonioni’s Pocket Cinema,” on the popular medium of “fotoromanzi,” a type of comic book that use photographs of actors to tell stories.

“We received a lot of positive feedback from students and community members who appreciated the chance to see rare and restored international films of this caliber and to engage with the visiting scholars,” Boylan said. “We even had a few people (community members/faculty/students) who attended all 10 of the events.”

As the festival came to a close, the reverberating effects remained on the UNH campus, as faculty and students alike hope the festival returns.

“The follow up discussions we’ve had with our students to hear what they have to say about the films, what they found new, surprising or engaging have been really interesting,” said Gercke. “They’ve given us some really great and insightful feedback and it seems like all of them had a different favorite  film!”