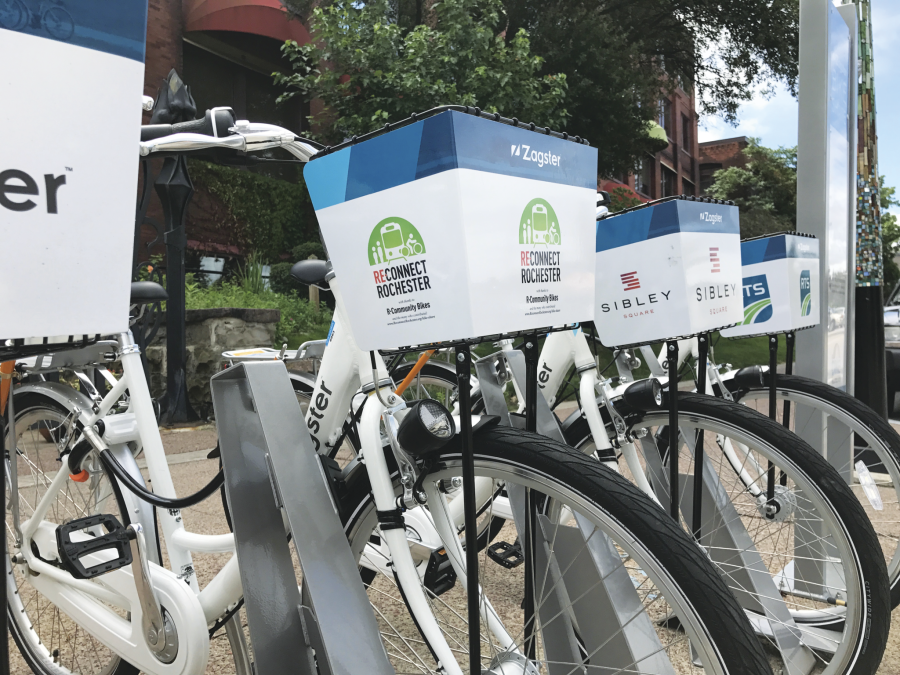 On April 1, sophomore business administration major Liam Sullivan will meet with town councilors, university administrators and university leaders to continue his endeavor to bring bike-sharing program Zagster to the University of New Hampshire (UNH) and strategize a way for it to be available to students.

Working closely with the transportation policy committee through the Student Senate, the demand for a bike share program was brought to his attention after many students expressed the desire to have a bike on campus.

Around 100 universities nationwide have brought the Cambridge, MA start-up company to their campuses over the last decade, with cities like Portsmouth having already installed the bikes in their downtown area.

Locally, Zagster brought their services to Dartmouth College, which in 2016 – its first year – had nearly 200 students sign up for the service, according to their website. The college is just a fraction of the size of UNH at 6,000 students.

Dartmouth charges $6 a day for a bike, while trips under an hour are free. The hourly rate following the first free hour is $3. The student trustee candidate said prices at UNH, should the service succeed in making it to the Durham campus, would be similar within a dollar’s margin and generate a small revenue.

“It’s not going to be enough to offset tuition, or something crazy like that, but if the university were to invest in something like this, at some point, they would see a positive return,” Sullivan said, adding that the cost of the bike share would cost the strategic investment fund around a less than a quarter of a million dollars.

“We would be looking to do three or four stations on campus,” he added. “We would want to bring less bikes that are demanded… the last thing that we would want to happen is bring too many to start with and the demand isn’t there, and then it’s brought away from campus forever.”

Sullivan advocated that adding bikes to the campus would promote sustainability by reducing the amount of people on the transit system, which in return, would cut down the carbon emissions the university supplies through the buses, possibly saving money on fuel, too.

The university continues to struggle with recent controversies surrounding its parking policies, in part due to having limited parking spaces on campus, as reported by The New Hampshire following a story concerning students’ views on parking tickets.

“Given the data we can look at from other universities, I think that it’s safe to say that this is something that would be utilized,” Sullivan said. He also gave an example of Zagster’s potential benefits by suggesting that a new bike station should be placed at Mast Lot, a campus parking lot presently only accessible by bus.

If successfully executed in the April 1 meeting, Sullivan predicts the bike share would be implemented within the next two years.

“I’m not going to be unrealistic and say it will be here next week, I don’t want to make any promises I can’t fulfill, so I think in the next two or three years if this project continues to get advocated for,” he said.