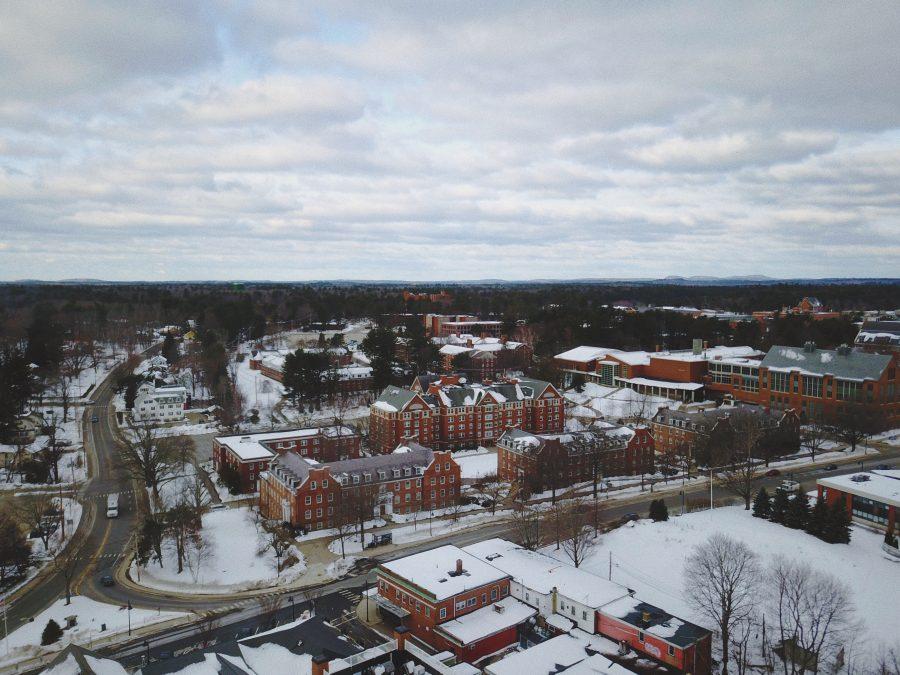 Processed with VSCO with f3 preset

If there is anything certain about current plans concerning new construction on Durham’s Main Street, it’s that nothing is certain – at least, not yet.
In an email to The New Hampshire, Associate Vice President of Business Affairs David May, who currently serves as the project’s lead, explained that its two parts – one concerning 66 Main Street, the other affecting Hetzel and Alexander Halls – are both in the planning stages, and have not been approved by either the town of Durham or the University of New Hampshire (UNH).
Despite the uncertainty, May stated that conceptual progress has been made, with rough plans for each site, with plans for both projects reviewed by the Durham Planning Board on Nov. 14.
When it comes to the future of 66 Main Street – a presently empty, gated-off hill area located between People’s United Bank and Town and Campus, purchased by UNH in 2014 and formerly home to the Alpha Tau Omega fraternity, according to Foster’s Daily Democrat on Sept. 28, 2016 – the site could become the home of a “mixed-used” project, consisting of two separate buildings with a “central promenade” connecting the site to Pettee Brook Lane. The new property, per May, could span up to 1.18 acres, with potential tenants including a restaurant, various retail stores, office space, residential units and a parking garage. May listed Elliott Sidewalk Communities LLC, based in Sparks, Maryland, as the site’s current applicant.
As for the Hetzel/Alexander site, Town Administrator Todd Selig, in a separate email to The New Hampshire, elaborated that the site could become home to a hotel spanning 1.35 acres from Main Street to Mill Road; Elliott Sidewalk Communities LLC is again listed as the site’s primary applicant.


“The hotel would incorporate the existing Hetzel Hall (the north, east, and west facades would be retained and restored) and a new addition,” the email read. “Alexander Hall would be demolished. Existing surface parking to the south would be used and a one level parking deck might be added.”
Due to its status as a “private development” – in contrast to the current Hetzel and Alexander Halls, which are university property – the new site would be subject to Durham taxes, despite UNH’s plans to continue its ownership of the land, according to Selig.
This is not the first time Durham and UNH have attempted to redevelop the two sites; in Sept. 2016, the area cut ties with Heneage Consulting Group of Cambridge, Mass. and their plans to redevelop the sites in the wake of concerns over what David May referred to as “financial implications” that would not have presented “a realistic return on investment” for the university in the long-term. Heneage’s plans for the sites, if given the greenlight, would have resulted in a 105-room boutique hotel on the Hetzel/Alexander site and a 40,000-square-foot building featuring a restaurant, retail operations and other commercial uses in the lower half with non-student housing above.
Presently, as reported by Foster’s two years ago, Durham’s Holiday Inn Express on Main Street remains the town’s sole hotel, with May telling the publication at the time that a new hotel closer to UNH would “create executive education opportunities” and make visiting the campus  more “convenient for parents and other visitors.”
Cover photo courtesy of Durham.gov. This report will be updated.
Delete Image
Align Left
Align Center
Align Right
Align Left
Align Center
Delete Heading